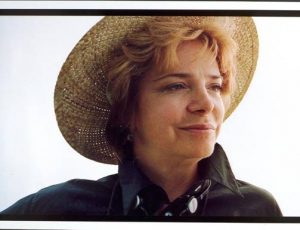 In 2012 she established, Martinelli Films, a boutique production company with a focus on projects with social and environmental relevance and influence.

Her feature documentaries include Marion Woodman: Dancing In The Flames, chronicling the life of renowned author and Jungian analyst Marion Woodman; Vincenzo Natali’s Getting Gilliam, exploring the creative methodology of genius director, Terry Gilliam.   Her film, Spirit of Tibet: The Journey To Enlightenment, documents the life, death and rebirth of the revered, Dilgo Khyentse Rinpoche – primary teacher to the Dalai Lama.  Directed by French Buddhist monk Mathieu Ricard (profiled in TIME magazine as “The Happiest Man in the World”) with narration by Richard Gere and music by Philip Glass. This collaborative effort raised thousands for the restoration of the The Shechen Monasteries in Nepal and Tibet.

Gabriella served on the board of The Academy of Canadian Cinema, is a founding member of Reel Canada: Our Films in Our Schools and served two consecutive terms on the boards of Women in Film and The Toronto Film Board.